BIRD  ON  MY  SHOULDER 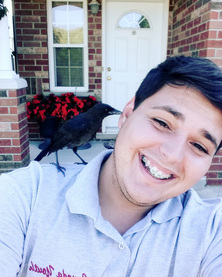 It was a very hot day and Simon, feeling tired and discouraged, had had enough.  He had been knocking on doors all afternoon and things were not going well.  So he decided to lie down under a tree, relax, and forget about this whole Canada Youth Challenge ordeal.  But his break was short-lived.  Suddenly, from above, he heard the raucous sound of squawking.  Looking up he saw a black bird fly straight at him and, to his astonishment, land on his shoulder, squawking loudly in his hear.  “Shoo, shoo!” Simon shouted, waving his arms and trying to get it to go away.  But the bird simply circled the air and landed again on his shoulder, screaming.

A woman opened the door and when she saw Simon standing there with the bird, she stared in amazement. The bird was louder than Simon, and all Simon could say to the astonished questions was that the bird was a new friend. For three doors, the bird stayed perched on Simon’s shoulder, to the astonishment of the people who saw it. There were wide-eyed stares, lots of questions, plenty of laughs, and at the end, a number of books were left with the people at the doors.

Once again, this past year, there has been a quiet movement spreading all across the nation of Canada.   The face of this movement is as wide and diverse as the world we live in.  It is made up of people young and old, black and white, strong and weak.  Its leader is All Powerful, its method is simple, and its purpose is unchanging – to win Canada for the kingdom, one door, one book, one soul at a time. This work of literature evangelism is important to God, and the reason is simple – there is a desperate need in our nation; a need to come close to the pain and isolation that so fills the hearts of the people behind the doors and share a message of hope:

Hope for the woman whose emotional scar ran deeper than the physical one left when her husband, while committing suicide, tried to take her with him.  To her, a message of hope that left her in tears was given – God heals the deepest hurts and brings peace to the broken-hearted.

Hope for the man who, suffering with diabetes, was shown how to manage his disease through simple lifestyle changes.  To him, restoration was given as he experienced a reversal of his illness.

Hope for the young man who, receiving a GLOW tract, asked for Bible Studies.  To him new life was given as he found comfort and hope in the shelter of God’s promises.

Hope for one of the many federal Cabinet MPs who received a package from our office and took the time to say thank you.

We here at Lifestyle Canada have been given the incredible privilege and responsibility to head the literature evangelism movement in Canada.  It is a movement whose methods have been ordained by God and whose ultimate success is guaranteed by Him, if we do our part. Won't you join us in supporting this ministry by your prayers and financial gifts so we can do more in scattering seeds for a great harvest? 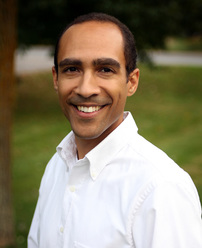 Ongoing support by individuals like yourself makes it possible for more than 350,000 Canadian homes to be reached every year. Your tax-deductible gift* is not only greatly appreciated, but is guaranteed  to go a long way in reaching out to people all across Canada for Jesus. You may also consider making your donation to recur monthly  by simply choosing that option after pressing the "Donate" button.

Thank you for your generosity, and prayers for the thousands who otherwise may never get a chance to know Jesus.

Your brother in Christ,

OTHER  WAYS  TO  GIVE

To make a donation by phone or through e-transfer, please contact our office during regular business hours at:
(905) 576-6631.
If you don't reach us the first time around, please leave a message as we may be serving in the field. We will make it our duty to get back to  you as soon as possible.

Lifestyle Canada Education Service is a registered charity with the Canada Revenue Agency.
CANADIAN CHARITY REGISTRATION # 82964 7486 RR0001
*Donations of $10 or more are tax deductible. If donations received for a particualr project exceed those needed, or for other good cause, Lifestyle Canada reserves the right to reallocate funds to other projects where Lifestyle Canada determines it is needed most without further notice to the donor.